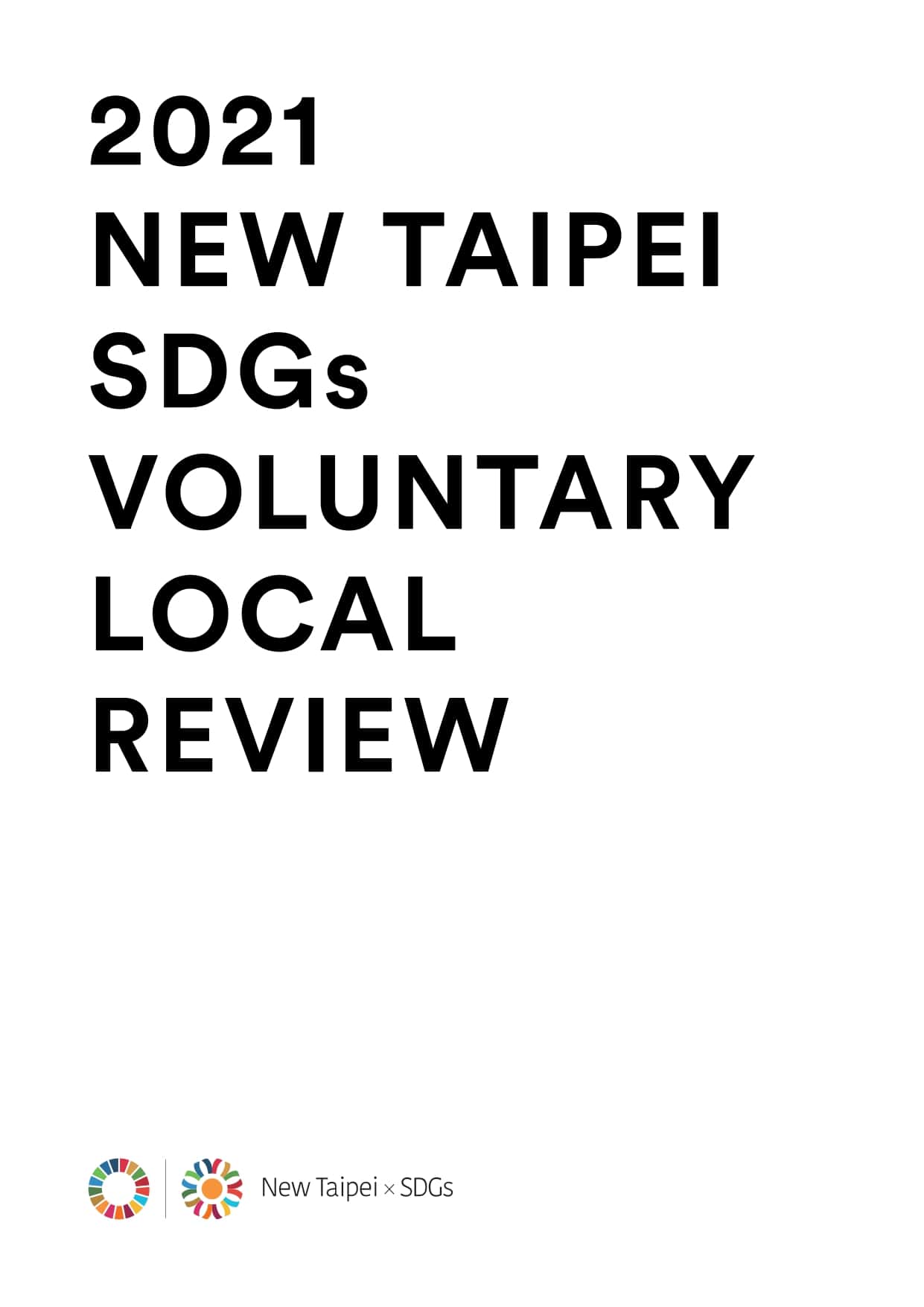 New Taipei City released the 2021 New Taipei SDGs Voluntary Local Review (VLR) during the “Sustainable Future City: A Dialogue between New Taipei City and its Nordic Partners” event. The event was attended by international friends, including representatives of the Swedish, Finish, and Danish commissions in Taiwan and those of Nordic businesses, providing an opportunity for the attendees to witness New Taipei City’s sustainable practice.

Despite the difficulties posed by the COVID-19 pandemic, New Taipei City continued to uphold the SDG spirit of “leaving no one behind” in its journey toward becoming a city where citizens can live and work in peace. The second VLR report contained 60 case studies of SDG practices in New Taipei City. They include the city’s preemptive efforts against the pandemic, the transformation of a waste mountain in Wugu into a green space, the New Taipei Woman Power program, a smart flood control system, the establishment of the Three Rings and Six Lines metro system, an older adult-young adult­–youth cohousing program, and green transportation.

During the event, Mayor Hou and Director General Yao unveiled the eye-catching large-size model of the VLR report, which is the largest in Taiwan. They talked about the sustainability and circularity concepts that were incorporated into the model design and influenced the report itself and its packaging. The packaging and key visual features of the VLR report were designed by Mistroom. The porous board on the top section of the model was a recycled backup board for printed circuit board drilling supplied by insight out. The REstone material on the sides of the model was a remade material produced jointly by REnato lab and Super Dragon Technology Co., Ltd. using fragmented printed circuit boards. The galvanized board at the bottom of the model was a magnetic iron plate designed by the Comma Lab of New Taipei City Government. The parchment paper bag and sticky notes inside the model were produced by insight out with unwanted parchment paper that was originally used in packaging by factories. The canvas bag on the outside of the model, which was made using unwanted canvas fabric originally used for advertising posters, was designed by Taiwan Contemporary Culture Lab.

For the New Taipei City Government, the VLR report is not just a book; the creation of the report itself is an example of SDG implementation. Plan b was commissioned to write this report on the basis of the achievements of the city government’s 29 departments and offices as well as the city government’s collaborations with partners in the industry, government, and academic sectors—including various international organizations, renowned international think tanks, social enterprises, and civil societies—which represent the implementation of SDG 17: Partnerships for the Goals. Mayor Hou hopes that New Taipei City can collaborate with more international partners and continue on its path toward attaining SDGs and becoming a sustainable city by 2030.

A total of 193 member states agreed to work toward the 2030 Sustainable Development Goals (SDGs) released by the United Nations in 2015. New Taipei City released its first VLR report in 2019; it is the first city in Taiwan and 10th worldwide to release a VLR report. This practice was subsequently adopted by Taipei City, Taoyuan City, Yilan County, and Taichung City in Taiwan, making sustainable development a new standard for local governance. New Taipei City is also the only city in Taiwan to be invited to sign the New York City Voluntary Local.
Read Online
Download
TOP